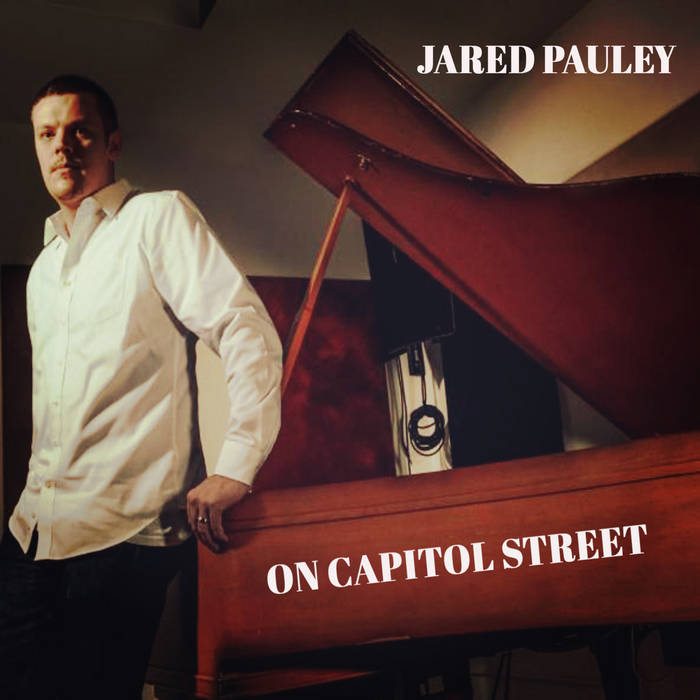 Rob O. Solid playing musicianship with music flowing in and out of Brazilian inspired Jazz. The Pat Metheny influenced guitar playing is a pleasure to listen to. Tamuz Nissim lends her vocal chops on a couple of songs to good effect. Jared Pauley put together an excellent jazz project and don't miss out on his earlier recording "Systematic" also found here on Bandcamp!

If music is still an industry Jared Pauley has dabbled in just about all of it as a performer, educator, composer, concert producer, talent agent, archivist, author, and researcher.

He was born and raised in Charleston, WV. He started playing guitar at the age of ten, but didn’t take it all too seriously. As a teenager, he was heavily influenced by hip hop music, taking up emceeing at an early age. As his curiosity about samples and beats expanded, he started to explore instruments again. At the age of 17, he started to play keyboards and developed a strong interest in improvised music.

He studied jazz piano under pianist Bob Thompson and the late pianist and composer Jay Flippin (Ray Charles, Wilson Pickett) at Marshall University. During this time he performed with Cuban trumpeter/pianist Arturo Sandoval and also made an appearance at the Notre Dame Jazz Festival.

In 2006, he moved to New York City to continue his academic pursuits. During this time he immersed himself in the burgeoning jazz scene, which included frequent hangs at jam sessions (Smoke, Fat Cat, EZ’s Woodshed) throughout the city.

Along the way he worked a number of different gigs. He was a writer for jazz.com for a couple of years, did some work for Oxford University Press, worked as an archivist for writer Will Friedwald, and helped produce and promote shows that featured luminaries like Patti LaBelle and rising stars such as Esperanza Spalding.

While working behind the scenes, he continued to write, record, and perform as a sideman. Over the years, he has performed at a number of NYC venues including the Blue Note, The Bitter End, Drom, Nublu, and the Brooklyn Academy of Music.

Keyboardist, composer based out of NYC.

Bandcamp Daily  your guide to the world of Bandcamp